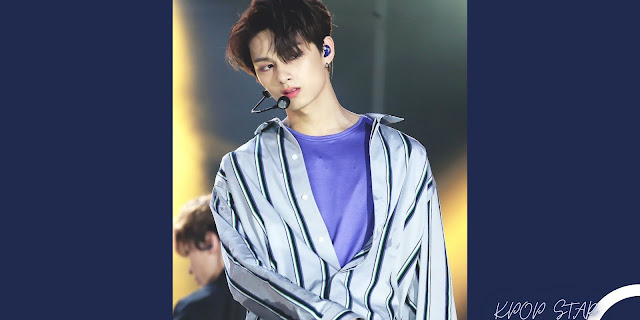 SEVENTEEN's Jun sat down with Allure Korea for a short interview after taking part in a photo shoot for the magazine's December issue!

Jun started the interview by talking about his decision and that of the other SEVENTEEN members to renew their contracts. "I am very happy with the contract renewal," he said. “I think it was a very good decision. It's good for us to go and cheer for each other's personal activities even when we are doing activities as a group. And it's really good because we also get to meet Carats (SEVENTEEN's official fan club). I can see that the members are growing more confident and they feel happier.”

He then talked about his newly released single “LIMBO.” He expressed his happiness at being able to share performance videos and choreography videos with fans, sharing his hope that despite his busy tour and scheduled activities, an opportunity to showcase his solo performance might come along at some point.

“LIMBO” is the product of Jun's hard work and sincere effort, and he commented, “I think it's better not to do something if you're not going to put your 100 percent into preparing it. To be honest, I was preparing performance songs since two years ago, and when I did, there were several songs that failed. I'm not really happy with them, so that's why 'LIMBO' is only coming out now." She also added happily how she saw her confidence grow and added with a laugh how her stomach had also grown because of all the exercises she had done during her preparation.

She also explained how choreography is a much softer genre compared to the dancing she is used to. “Since my trainee days, I think that my biggest strength is my strength. So when I do 'LIMBO,' I confer with my instructor and deliberately take away a lot of that power." He cites lots of practice as his way of being able to make drastic changes in his choreography style, saying that it was much more difficult than he was used to.

“As soon as the music video came out, I was so embarrassed because the members talked a lot about my abs,” he recalls with a laugh. He explained how the concept behind “LIMBO” was his favorite part, saying how it was the bridge that brought the song and the visuals together. He went on to explain how he referenced the films "Twilight" and "Inception", the line, "A Dream within a dream", out of a conversation he had with another composer about "Inception".

He says he spends his time well, filling his schedule with group activities as well as personal activities on his rest days. “I don't really like long breaks. It's fine if I only take a vacation for about two days. If it takes longer than that, then I get worried.”

Expanding further on how he spends this short break, Jun shares how he loves going to restaurants serving Chinese cuisine, revealing how he goes for hot pot in every city they stop by during their world tour. “I'd like to recommend the skewer hot pot,” he will surely add.

For him, food is an important part of life. “In China, the four most important things are food, clothing, shelter and transportation. So a quarter of your life is food. As we live our lives, most of our time is spent eating food. So instead of just eating half-heartedly, I like to eat well when I have time. That's why I also like to cook.”

"By the time this interview comes out, I think we're going to be doing our dome tour," he said when asked about the end of the year. “This is a very meaningful concert. We had planned it for a long time, but of course we had to postpone it for two years because of the situation. Because I used to be disappointed a lot, now it feels more valuable. I don't know exactly how it feels right now, but when Allure Korea comes out, I will. Being able to receive so much love abroad is always very exciting and something I am very grateful for.”

The full interview is available through the December issue of Allure Korea.