12 Facts About Mimiirose, The New Girl Group Under The Care of Senior Singer Im Chang Jung 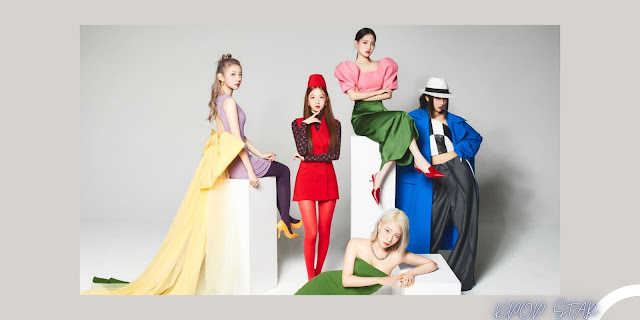 Mimiirose is a girl group from South Korea under the care of famous singer and actor Im Chang Jung. He is also known as the CEO of the YESIM Entertainment agency. mimiirose is scheduled to debut in mid-September through the single album AWESOME.

Mimiirose will present 5 talented personnel, one of which is Yoon Jia who was previously a contestant on Girls Planet 999. There are also In Hyori, Han Yewon, Choi Yeonjae, and Seo Yunju who will debut with Yoon Jia.

Im Chang Jung has been preparing for the debut of Mimiirose for a long time. In fact, he is willing to sell some of his valuable assets to fund his new girl group. The public is even more enthusiastic in anticipating Mimiirose's upcoming debut. Come on, get to the facts of this one girl group!

3. On the broadcast of Radio Star on August 24, Im Chang Jung said that he sold his land for production costs for mimiirose's debut

4. Not only that, he also sold the copyright to 160 of his songs, including his hit song "A Glass of Soju"

5. Mimiirose will be releasing their first single album titled AWESOME

7. “Rose” is the title track of Mimiirose with a house pop genre that combines oriental music into a colorful and uplifting song.

8. Full of meaning, "Rose" tells about the fear and anticipation one feels when entering a new environment

7. “Rose” is the title track of mimiirose with a house pop genre that combines oriental music into a colorful and uplifting song

8. Full of meaning, "Rose" tells about the fear and anticipation one feels when entering a new environment

9. Consisting of 5 members, mimiirose is led by Choi Yeonjae who was officially lined up as leader.

10. Yoon Jia, former contestant of Girls Planet 999 who was popular thanks to NCT's "Kick It" will soon debut with mimiirose

11. Then there are In Hyori and Han Yewon who are both Korean nationals and are ready to show their cool potential with Mimiirose

12. Being a former contestant of My Teenage Girl, Seo Yunju became the youngest member in mimiirose who was born on December 26, 2005

Mimiirose itself is a combination of the names Mimii which means 'beautiful' and rose which means 'rose', so Mimiirose is expected to bloom like colorful roses. Ready to look forward to and welcome Mimiirose's debut?