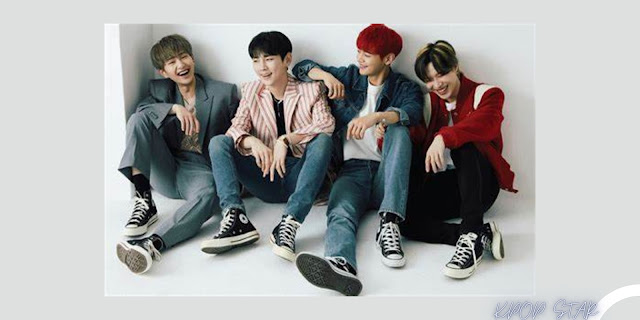 SHINee itself was formed in 2008 under the care of SM Entertainment and released their debut single entitled Replay. The group originally consisted of five members: Onew, Key, Minho, Jonghyun and Taemin.

But now there are only four members of this group after a tragic incident happened to this group. Where Jonghyun died and left the four SHINee members by suicide.

Their popularity is increasing and getting a lot of recognition after releasing a song called Lucifer in 2009. Since then the name SHINee has been on the list of popular boy groups in South Korea.

To get to know this group better, we have also presented profiles and biodata of SHINee group members below:

Onew or whose real name is Lee Jin Ki is a member of one of the famous South Korean groups SHINee who is also the leader of this group. Onew is known for his very melodious voice and has collaborated with other singers several times.

One of them is Jessica Jung, a former member of SNSD in a song called One Year Letter which in this song, Onew shows his quality and capable singing technique.

Not only having singing talent, Onew also played in the popular Korean drama of all time, Descendants of the Sun along with the Song Song Couple (Song Joong Ki and Song Hye Kyo).

Real name Kim Ki Bum, Key is a singer, rapper, dancer, announcer and presenter, model to actor from South Korea. He is a member of SM Entertainment's upbringing group SHINee and plays as a vocal, lead rapper and lead dancer.

Minho or Choi Min Ho is a singer and rapper from SHINee and is also a dancer, model, lyricist, presenter, radio announcer and actor from South Korea.

He has starred in a number of popular dramas such as: To The Beautiful You, Hwarang The Beginning and had a cameo in the drama Lovestruck In The City, starring Kim Ji Won and Ji Chang Wook after completing his mandatory military service.

Lee Tae Min or better known as Taemin is the youngest member in SHINee and is also a member of Super M which is a group made by SM Entertainment.

The group is an avenger of SM Entertainment's version which is filled with several members of the SM boy group.

Apart from being the maknae, Taemin is also a vocalist and main dancer in his group.

Kim Jong Hyun or better known as Jonghyun is one of the talented singers from South Korea. She is also a dancer and songwriter and is the lead vocalist in her group.

But unfortunately Shawol lost Jonghyun who died in 2017 due to suicide.

But mimin still includes Jonghyun's name as a SHINee member because Jonghyun will forever remain a part of this group. Buddy bio also agree for sure right.