Girls Generation (SNSD) is Ready to Greet Their Fans Again 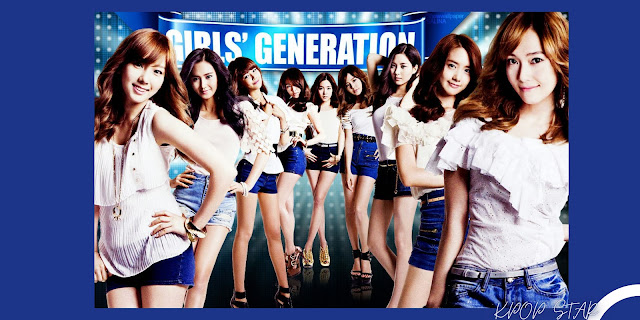 Girls Generation aka SNSD is ready to greet their fans again after five years of hiatus. The K-Pop group made by SM Entertainment just released their comeback teaser on August 3, 2022. The trailer shows that the work of a new album will be coming in the near future with different colors and nuances.

In the past, the star of the Big Mouse series had become a hot topic of conversation because he looked very thin and made his fans worried about his health condition. Including when in 2014 when Yoona also returned to look thinner than before. "He looked sickly when he was very thin. But now he looks brighter and healthier," said the netizen. Also read: SNSD's Yoona reveals the name of the actor she wants to date, who is he? It's no secret that the Korean entertainment industry attaches great importance to the weight of its public figures, especially in the K-Pop industry. Because, worrying body shape and weight can affect the public's view of Korean idols or the K-Pop group itself. Even some time ago, an unnamed former K-Pop trainee leaked how agencies chose very thin girls to be recruited and trained to become idols. This suddenly sparked scorn from netizens for having unreasonable requirements, so many public figures criticized the unhealthy way of losing weight for the trainees. That is why the problem of weight is a complicated thing that many K-Pop idols have to deal with, including SNSD's Yoona classmate.

SNSD's comeback moment is also confirmed to be present in the full lineup of the eight members, namely Sunny, Taeyeon, Tiffany, Hyoyeon, Sooyoung, Yuri, Yoona, and Seohyun. But Korean netizens seem to be so observant to see the various changes in their idols. Including weight changes that make his appearance so different. Also read: Kpop giants are ready to come back, there are Girls Generation to Super Junior As reported by Allkpop, online community forums are enlivened with discussions of one of the SNSD members, namely Yoona. According to one fan who shared several photos of K-Pop idols on online forums, Lee Seung Gi's former lover now looks much fresher. Many like her new look with this added weight because she is much healthier than a few years ago.