The Reason Why EXO Was Crowned as The King of Kpop 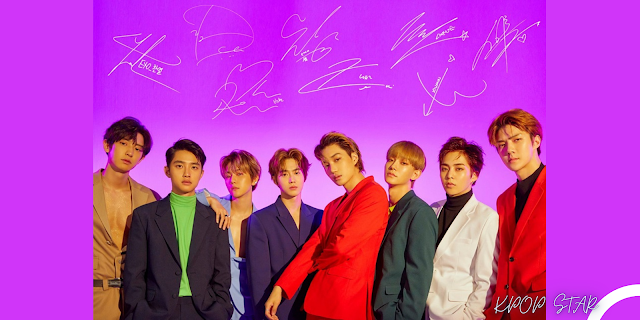 K-Pop is quite popular all over the world. There is one group that is often mentioned by K-Pop fans, none other than EXO. This group made by SM Entertainment debuted in 2012, and until now, there have been more than 4 million people who have joined the official fanclub, namely EXO-L. For those of you who are curious about why EXO is often touted as the king of K-Pop, here are 5 reasons.

If usually K-Pop is synonymous with cheerful songs accompanied by lively dances, it's different with EXO. Their debut song, 'MAMA' even tends to be dark and the message it carries also seems heavy. Who would have thought, this unusual debut song actually became the key to their success. The proof is that EXO-K, a sub-unit that is active in Korea, successfully won the Best New Artist award at the 2012 MAMA Awards. EXO-M, another sub-unit active in China, won the Most Popular Group award at the 2013 Top Chinese Music Awards.

All of the members are known for their above-average talents. For example, one of their members, D.O. has successfully wowed the Korean public thanks to his acting skills that are on par with professional actors. Another member, Chanyeol, has collaborated with a group from the United States, Far East Movement.

There is a saying: The only one who can beat EXO's record is EXO. And that is indeed the fact. If you look around, record sales of albums, record awards won, and records #1 on various music charts are still mostly held by them. EXO itself is also known as the daesang (the highest award of Korean music awards) machine, thanks to the 5 dasesangs obtained since 2013. Not only that, they have also broken the record for the most physical album sales for the last 4 years. Their first studio album, 'XOXO', became the first Korean artist album to sell 1 million copies in the last 12 years. Their second and third studio albums, 'EXODUS' and 'Ex'Act' also sold over one million copies. As a result, they also got another nickname: triple million seller.

Known to be friendly and down to earth

Although already popular both in Korea and abroad, they are still known as a group whose members are friendly and not arrogant. The proof is, many of the staff who have worked with them shared their experiences while working with this K-Pop group. Many of them praised the agility of its members when the staff needed help. This side of EXO who is always friendly is the reason why many EXO-Ls really admire this group. In fact, in order to pamper their fans, they often provide food trucks for fans who come to the TV studio to see their performances. Unmitigated, their fans also often get full set lunchboxes.

The group's career path is not without twists and turns. Just a year after their song, 'Growl' became a hit, the group has already lost one member. Finally, the group that originally consisted of 12 people lost 3 members. Well, even though now there are only 9 members who are still active, they have proven to be able to amaze fans and the public with unusual performances. The group is also still consistently releasing their albums in two languages, Korean and Mandarin, in order to reach more listeners.