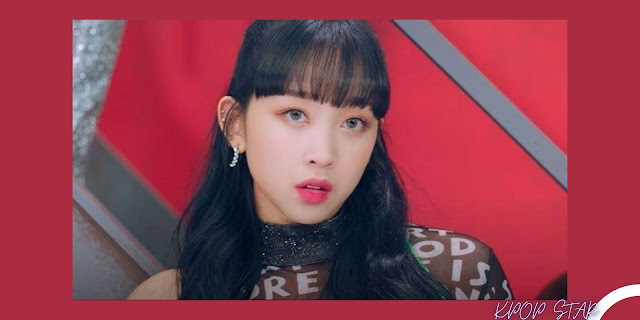 Her full name is Anak Agung Ayu Puspita Aditya Karang, this 25 year old girl was born in Yogyakarta on December 25, 1996.

Talking about religion, Dita Karang adheres to Hindu beliefs. Although not a few think that Dita Karang is Catholic, because several times she found her wearing a cross necklace and attending a Catholic high school.

Dita has an older sister named Anak Agung Ayu Puspa Kirana Karang, a woman who is the successor to the family ceramics business.

Since childhood. Dita Karang had a dream to become a K-Pop idol when she was still in school.

His love for idols can be seen from his liking for the female vocal group 2NE1, an idol group that is under the auspices of YG Entertainment.

His ideals seem to be approaching him well. On May 19, 2020, he started his career as an Idol with Girlband Secret Number.

Apart from Dita Karang's biodata, her career path is also interesting to explore considering her hobby is dancing.

His love for the world of dance has been seen since he was still in school. Several times Dita Karang participated in dancing competitions and succeeded in achieving a myriad of achievements.

After that, he moved to South Korea and went through various auditions to become an idol. Finally, Dita passed and became a trainee at Vine Entertainment.

Dita is also noted to have joined 1MILION Dance Studio, one of the leading dance communities in South Korea.

After undergoing 2 years as a trainee, Dita Karang finally debuted with Secret Number on May 19, 2020.

In addition, Dita is also known as a woman who does not forget her homeland. He often introduces everything about Indonesia to a wide audience.

Some time ago, Dita again made her fans feel proud of her achievements. In addition to being the first female idol in South Korea, she was also involved as one of the MCs in the STATV program, Time Out.

Not infrequently, fans flock to chase the real name Instagram Dita Karang. Unfortunately, Dita had to close her original Instagram because she was busy after debuting.

Not only Dita, even other Secret Number members are also slowly closing their personal Instagram accounts.

Nevertheless, Dita Karang said that she would continue to update her latest news through the official Secret Number account.

So that's the reason why Dita Karang deactivated her personal Instagram account. If you search on the Google search engine, only fan accounts are available. So keep an eye on the latest news only on the original Secret Number account