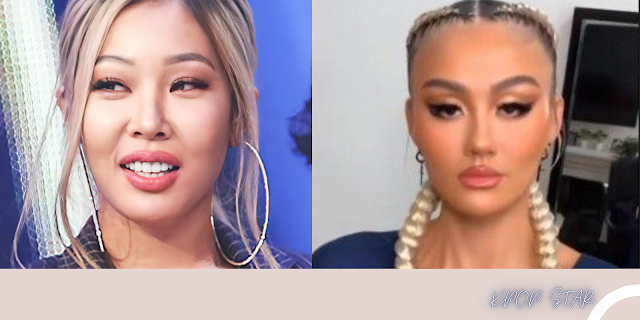 Jessica HO, a rap singer from South Korea who is popular with the song Zoom in Zoom out. Jessi was born in New York, United States and grew up in New Jersey then moved to Seoul, South Korea at age of 15.

Jessica Ho Hyeon-ju (Hangul: , born December 17, 1988) or better known as a Korean-American rapper and songwriter based in South Korea.

Jessi started her career as a rapper from 2005-present. His song "Nununana" is popular until now. Jessi who is under P Nation, PSY's agency, has just released a new song titled ZOOM on Wednesday, April 13, 2022. This morning, Agnez Mo uploaded a screenshot showing the latest achievements for his collaboration song with rapper from the United States, D Smoke, entitled Patience.

The song managed to rank first for the All Genres and Hip-Hop/Rap categories on the iTunes charts. The music video for Patience Agnez Mo's remix with D Smoke was released on Friday, April 22, 2022.

Seeing this achievement, Jessi gave her praise and support to Agnez Mo. He is also open to inviting Agnez Mo to collaborate. "Get it girl!!! Who is waiting for the Jessi x Agnez collab? Chat with me, dear," Jessi wrote in the comments column.

The invitation was welcomed by Agnez Mo. "Should we give them to them ASAP? I'm chatting you now girlie!" wrote the owner's full name Agnes Monica.

Jessi several years ago had also expressed her desire to collaborate with Agnez Mo.