On November 6, 2021, the agency Starship Entertainment officially announced Rei or Naoi Rei as a member of IVE.
Then on December 1, 2021, she made her debut with IVE by bringing a single titled Eleven.
She is the only trainee recruited by Starship Entertainment who came and grew up in Japan.
While in South Korea, he studied at the Seoul Performing Arts Seoguk High School. 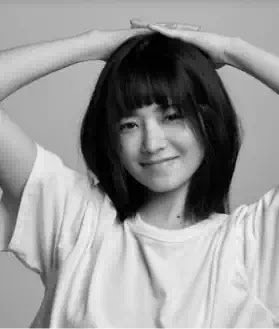 Rei is the only foreign member of IVE, who is from Japan. In fact, she is also the only Starship Entertainment artist from that country.
She majored in music at the School of Performing Arts Seoul or SOPA.
Her personal color is purple and the word that represents her is “CURIOSITY”.
Kim Rei is known as a shy person.
She has a large collection of aegyo.
Her special skill is Synchronized Swimming or also known as beautiful swimming.
She also write with left hand.
Although her accent is very thick, she is a fairly popular figure in her school.
She is often seen as similar to AOA's Choa and actress Kim Tae Ri.
She really likes dolls and butterflies. Besides that, her favorite comic is the work of Ai Yazawa.
Her favorite thing is the headphones that her grandfather gave him.
Her favorite color is purple, while her favorite season is fall.
During IVE's debut album promotions, she was the only member with short hair.
The TV show she wants to go to is 'Running Man'.
While the type of advertisement that she wants to star in is a lipstick advertisement.
She has a great ability to draw.
Liz's give her nickname Darling.
Her name means affectionate and blessed in Japanese.
She is a very adaptable person.
Her favorite flower is rose.
If she is an IVE fan, then her bias is Liz.
Apart from drawing, she also likes decorations, especially jewelry.
Her role model is Red Velvet's Joy.
Wonyoung sees him as a very protective person but in a good way.
When she was a trainee, she was not fluent in Korean but always tried to avoid translators.
She is a fan of Doja Cat, DPR IAN, ENHYPEN, Dua Lipa, TWICE, and Red Velvet.
She shared room with Liz when she was a trainee.

Being the only IVE member who is not from South Korea did not make Rei less noticed and instead received a lot of praise for her skills.