Ni-ki managed to rank 4th in the last episode with 1,140,718 votes. This made him join a group called ENHYPEN and debuted on November 30, 2020.
Ni-Ki and the other ENHYPEN members are contestants on CJ ENM and Big Hit Entertainment's reality survival show, I-LAND. He was introduced on June 4, 2020. 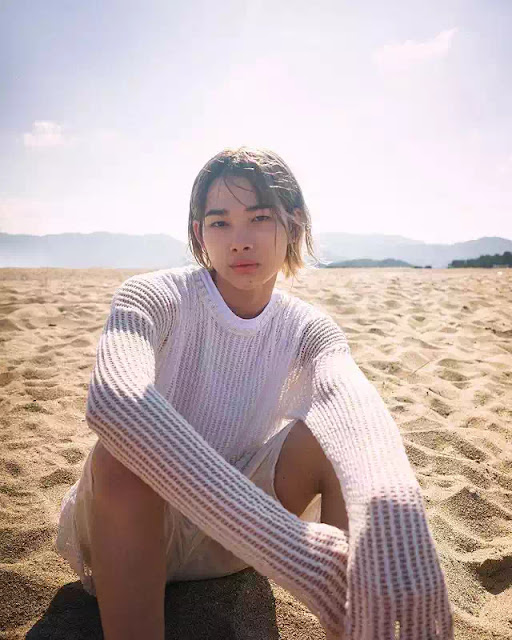 Originally from Okayama, Japan.
Considered the best dancer in the group by fans and members alike.
Trainee for 8 months.
Nikitties is the name of Ni-ki's fandom created by fans.
When they were trainees, Ta-ki was called Riki A and Ni-ki was called Riki B because Ni-ki and Ta-ki had the birth name Riki.
Fans think she looks like actress HoYeon Jung, who is best known for playing 067 in Squid Game.
He was backup dancer for SHINee in 2016-17 for one stage
He is left-handed.
Did SuperM's Jopping in the first episode of I-LAND with two eliminated contestants, Hanbin and Nicholas.
Started dancing with DVD Michael Jackson alone when he was 3. Went to a dance academy when he was 5 and learned dance and ballet
J-Hope BTS, SEVENTEEN's The8, Doobu and Big Hit Entertainment choreographer Son Sungdeuk praised him for his dancing skills
Play the piano very well.
His birthday is the day after Sunghoon.
Ni-ki's favorite color is black.
His favorite season is spring.
His favorite ice cream flavor is mint chocolate.
His most valuable item is a pair of shoes.
Has a Twitter account but is very inactive and hasn't been used for years.
Loves football and dancing.
His favorite food is dumplings.
Can memorize the entire choreography in just 10 minutes.
Ranked 24 in TC Candler's Most Handsome Faces of 2020 and nominated for TC Candler's Most Handsome Faces of 2021.
Named I-LAND No.1 Dancer / I-LAND Best Dancer.
Start learning to dance with genres like Jazz and Ballet.
His specialty is dancing.
His Charming Point is Have the opposite charm and act like the maknae.
His favorite things are Heeseung, ENHYPEN, Sleep, Gold Fish Bread, and Sushi.
Dislikes waking and insects.
Nominated for 100 Most Handsome Faces of 2020.
Room with Sunghoon, Jungwon and Sunoo.
If he doesn't become an idol, he becomes a soccer player.
Favorite subject is math.
Want to be someone who can touch people's hearts.
Want to hold a concert and fan meeting (or fan sign) after debut.
Wants to be on the Billboard stage in ten years.
If he had to choose three words to describe himself, he would choose to absorb, dance and concentrate.
His favorite subject is PE.
Shared birthday with SHINee's Minho, Nahyun (ex SONAMOO), AleXa, Vivi LOONA, ITZY's Yuna and J STAYC.
His motto is dancing is life.

Already dancing from a toddler makes Ni-Ki an idol by dancing which he greatly admires. There's nothing wrong with getting compliments from famous idols.