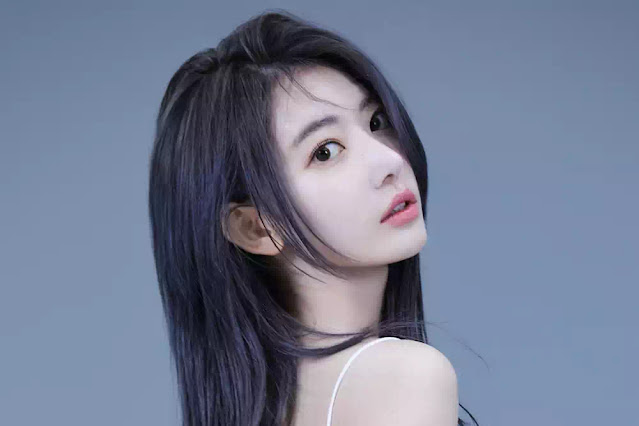 Sakura is from Kagoshima City, Japan.
She has a younger brother.
When she was born, her parents were young (20 and 23 years old).
She went to music school when she was in 3rd grade.
Education: Shigakukan Middle School (private school in Kisarazu, Japan).
She wanted to become a singer after listening to opera with her mother.
Her special skills are drawing and can sleep anywhere.
Her favorite food is sushi and green tea latte is her favorite drinks.
Sakura loves to play games and has a gaming channel on YouTube. IZONE fans gave her PS4 and Nintendo Switch as gifts during the fansigns.
She is a talented writer and is known for expressing her ideas well.
She is a fan of Red Velvet and her bias is Irene.
Her charm point is her ears.
She is the center for the Produce48 theme song.
Sakura didn't like red bean paste.
She has a cat.
Sakura's favorite Disney princess is Rapunzel. (Vlive 7/4/20)
Sakura's official color in IZ*ONE is pastel pink.
Together with Nako, Sakura wrote the Japanese version of The Secret Story of the Swan.
Sakura and Minju wrote Love Bubble.
On December 8, 2021 Sakura launched her own cosmetic brand, CRAN BY MOLAK.
On March 14, 2022, it was announced that she was signed to Source Music.

The highest ranking Senbatsu group 48 is 3rd.
She joined HKT48 as Kenkyuusei (trainee) in July 2011 and was promoted to Team H in March 2012. She was transferred to Team KIV in 2014.
In HKT48 she is close to Murashige Anna.
Sakura held concurrent position in AKB48 Team A from 2014 to 2017.
Another HKT48 member said she has a strange running way.
Sakura is a child actress and wants to continue acting. She acted in the Japanese horror miniseries Crow's Blood and in the AKB48 drama series Majisuka Gakuen 4.
The slogan (greeting) in HKT48 is: You too, you too, in everyone's heart (Sakura blooms!) I'm Miyawaki Sakura, I'm 20 years old, from Kagoshima prefecture.