Kim Ji Won or Liz started her career in the South Korean entertainment world by debuting with a group made by Starship Entertainment, IVE.
She was accepted as a trainee at Starship Entertainment in 2019. Then she underwent a trainee period for at least two years.
On November 6, 2021, the agency officially announced that she was the fifth member of IVE.
Finally, on December 1, 2021, she and IVE debuted with a single entitled Eleven. 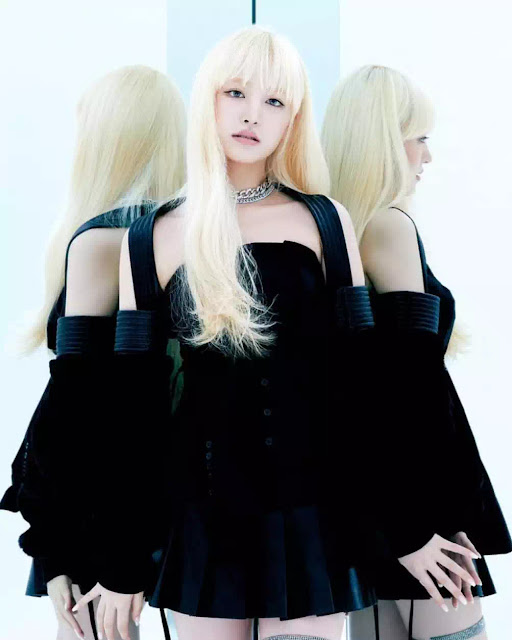 Liz was born and raised on Jeju Island but later moved to Seoul to become a Starship Entertainment trainee.
Its signature color is orange and the word that represents it is “TASTE”.
She has a younger brother.
She  has 2 pet cats.
The first time she went to Seoul, she was still studying in junior high school. But then she took the equivalency exam (GED) at the high school level.
Before debut, she appeared in Taeyeon's MV for the song 'This Christmas' in 2017. Plus, Taeyeon is her role model.
She is known as IVE member with extraordinary dancing skills.
Apart from spending time dancing, she also likes sports, especially CrossFit.
The charm she has is in her left dimple. She also has a mole near her left eyebrow.
Her musical ability is no less interesting because she is able to play the piano.
Her stage name is taken from the nickname of the character in the novel Pride and Prejudice.
She can't swim.
IVE members choose her as the most suitable member to become a mukbang Youtuber.
Her father once sent a special parcel of oranges in front of her dormitory.
Her fear is of firecrackers.
She has a nickname for Wonyoung, namely Princess. While her nickname for Rei is Darling.
When she was talking, her face flushed more easily.
She once lived in the same room as Rei when she was a trainee.
She always feels nervous when ordering food.
In IVE's debut video, she took relaxation pills because she gets nervous easily.