Jungkook is one of the members of the boy band BTS which is much favored by kpopers. He is from Busan and attended Baek Yang Middle School and Seoul Performing Art High School.
Jungkook is the youngest of two siblings. Jungkook is good at singing and dancing. He had specifically attended Movement Lifestyle training in Los Angeles in 2012 to prepare for his debut.
Previously, he had also been a dancer for the group Glam. His love for singing and dancing grew even more heated after he joined BTS.
Before becoming a part of BTS, Jungkook started his career by auditioning for Superstar K season 3 talent search.
However, at the event he had to fail even though then many agencies wanted him thanks to the talent he had.
Then, he chose the agency Big Hit Entertainment and became a part of BTS. His debut with BTS began in 2013 with the single 2 Cool 4 Skool.
In addition to being with BTS, Jungkook also has a solo career but is still under the auspices of BTS. So far, Jungkook has released 2 solo singles entitled Begin in 2016 and Euphoria.
Between the two, Euphoria is the single that broke the most as it has been on the Gaon Digitan Chart for 11 weeks.
He often performs covers of international singers such as Tori Kelly, Adam Levine and Justin Bibber.
In 2015, Jungkook participated in the One Dream One Korea campaign with other Korean artists to commemorate the Korean War.

Attending Seoul performing arts high school, he graduated in February 2017.
Before finally becoming an idol or singer, Jungkok once dreamed of becoming a badminton player. But when he was in elementary school, he wanted to own a duck restaurant or a tattoo maker
When he saw G-Dragon Heartbreaker's appearance on television, Jungkook was inspired to become a singer. Then when he saw Justin Bieber, he also immediately wanted to learn guitar.
Like number 1
Dislikes tasteless things, insects, getting hurt, studying.
Likes to play games, draw and football.
Love the red, black and white colors.
Jungkook thinks black hair color suits him best.
Golden maknae is the nickname he got for being the youngest member of BTS with good singing and dancing talent
Has produced BTS songs, namely Love is Not Over and Magic Shop.
In 2018, he occupied Hi China magazine as the most beloved celebrities in China for 10 consecutive weeks
Been in second place as The 100 Most Handsome Faces 2018 in TC Candler.
Big Iron Man fan.
Regarding school subjects, he disliked everything except Physical Education, Arts, and Music Classes.
His favorite weather is sunny weather with cool breezes.
Said to be a very skilled cook.
Jungkook thought he was a pro gamer, could play games on two computers at once.
Likes to collect bluetooth speakers.
Has two dogs named Gureum ('cloud' in Korean) and a Doberman named Bahm ('night' in Korean) whom he adopted in 2021.
His role model is G-Dragon from BIGBANG.
Love shoes and makeup.
The shoe size is 270 mm.
Got the SIM.
Likes to read comic books.
He speaks Japanese and English in addition to Korean.
In 7th grade Jungkook learned B-boying in a club with some friends and hyungs.
Just like his fellow group Jimin, he studied Taekwondo martial arts, now he is a black belt.
Due to his rhinitis, he has a strange habit of sniffing a lot.
He joined BTS at a young age where he became the youngest member.
In 10 years Jungkook wants to be a duck meat restaurant owner or a tattoo expert.
His favorite food is anything with flour (pizza, bread, etc.), cheese, melon and apple mango.
Joined in the 97-line member are Korean idols who were born in 1997. Besides Jungkook there are also Bambam and Yugyeom GOT7, Mingyu Seventeen, DK and The8, Jaehyun NCT.
His dream when he was young was to become a badminton player. In his first year of high school he listened to G-Dragon's songs and changed his dream of becoming a singer.
Doesn't like insects, but he likes cool bugs like beetles (stags). He used to have a stage beetle when he was young, but he didn't take good care of it, so he died.
The members said that Jungkook's dorm room is the messiest but Jungkook denies.
He said he usually doesn't exercise much but started exercising after seeing Taeyang and Jay Park.
The things he wants to steal from the other members are Rap Monster's knowledge, Suga's diverse knowledge, J-Hope's positive thoughts, Jimin's persistence and effort, V's natural talent and Jin's broad shoulders.
His motto is Life without passion is like death.
Jungkook wants to go on a trip with his girlfriend one day.
Jungkook's ideal type is someone who is at least 168 cm but smaller than him, is a good wife, good at cooking, smart, has pretty legs, and is kind. Also a girl who likes him and is good at singing.

We all have a lot to do, no one knows what will come but hard work will get us somewhere. 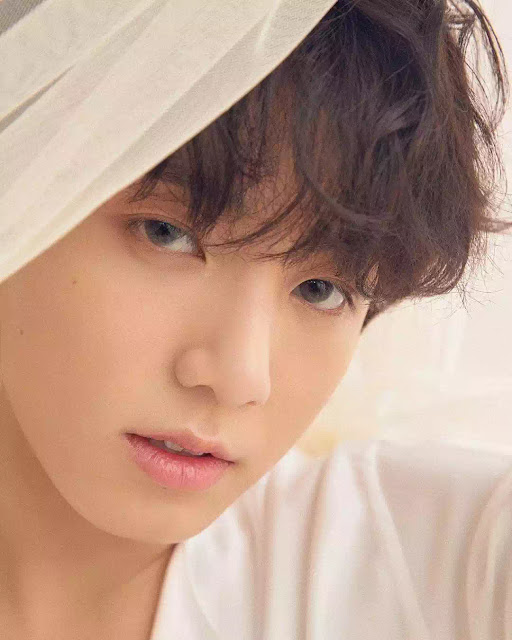 In order to achieve his goals to success, Jungkook is willing to attend training all the way to Los Angeles.
All of that is not in vain when you see the success he achieved in his youth. Of course this can be used as an inspiration for all of us.