Through CJ ENM and Big Hit Entertainment's reality survival show called I-LAND, Heeseung was introduced. He is a contestant whose name was announced on June 1, 2020.
When the event reached the final, Heeseung got 1,137,323 votes which brought him into the top 5. Automatically with the amount obtained, he managed to escape and enter the ENHYPEN group. 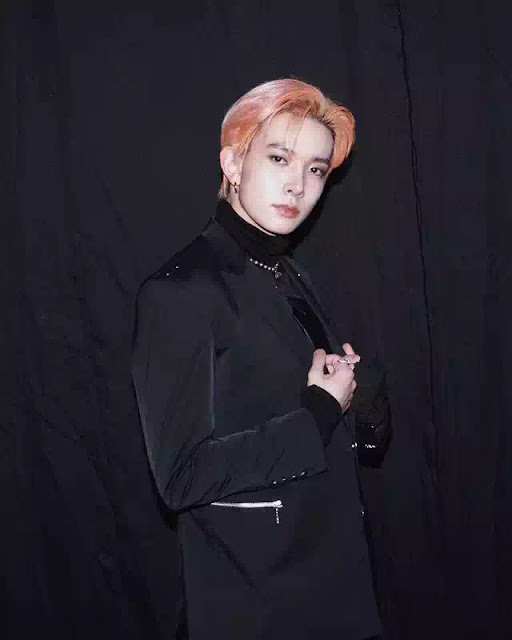 Originally from Uiwang, South Korea.
Heeseung's brother is 2 years older than him.
Trainee for 3 years, 1 month.
Won rock-paper-scissors so he gets a solo dorm
Ranked 5th in the last episode of I-LAND with 1,137,323 votes.
Former BigHit Entertainment trainee with Jay, Sunghoon and Jungwon.
Featuring NCT U's Boss in the first episode of I-LAND.
The other members thought he was very talented when they first met him.
Sign in to Belift Lab agency.
Aces is Heeseung's fandom name created by fans.
Close with TXT members and even practice with them.
Good at English as he prepares for foreign language high school.
If not an idol, he wants to be an English teacher.
Heeseung's favorite colors are purple and ivory.
His favorite seasons are winter and spring.
Her favorite song is Night Flight by Yerin Baek.
His favorite ice cream flavor is Rainbow Sherbet.
Enjoy playing games.
Loved Dickies (clothing brand) and wearing all their hoodie jackets.
Has the perfect pitch.
His role model is his father.
Loves basketball.
Have experience with songwriting and songwriting.
Being in a group of friends named (ee-z) with Stray Kids I.N, TXT Beomgyu and Just B Lim Jimin.
His specialty is vocals.
The Charming Point is the eyes, the vocal line.
Confirmed to be center through his self-revised profile.
Favorite things are ramen, ramyeon, Hawaiian pizza, sleep, dogs and cats.
Hated things are Mint Chocolate and insects.
If he had the chance to be the main character of a film, he would be the male lead of the Japanese melo animation.
Wants to hold a concert with the group after debut.
Wanted to write and compose songs from the album finally alone.
hopes to release self-composed songs, hold concerts and fansigns, and make covers by the end of 2020.
If he chose three words to describe himself, he would choose creativity, adaptability and growth.
Says a similar character to him is Bambi.
Dreamed of becoming a singer when he was 6 years old.
Heeseung said he is close to Jaehyuk from Treasure.
Share birthday with SUPER JUNIOR Donghae, JENYER (ex 4Minute), Roh Taehyun, Zelo (ex B.A.P), Mei Qi WJSN, Hyeseong ELRIS and Woong AB6IX.
When asked what their role is as a family member and Heeseung said he is the father of the group.
Want to cover Euphoria by Jungkook from BTS.
Considered the ace of the group by members and fandom.
Close to Jaehyuk from Treasure during the fansign call.
Grief catches insects.
Play piano very well.
His motto Let's live diligently as time goes by.