LE SSERAFIM Members And Their Controversy 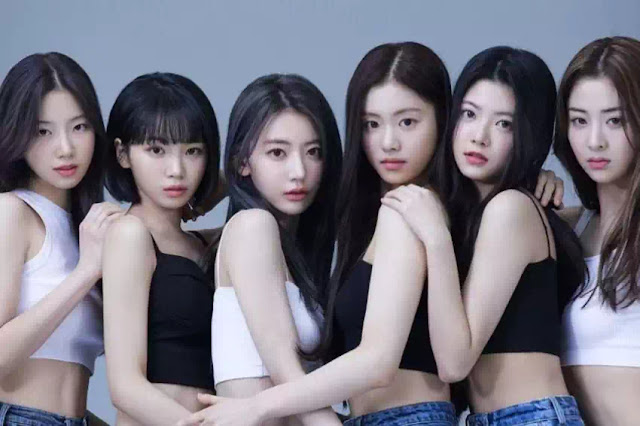 LE SSERAFIM is a new K-pop girl group formed by Source Music and HYBE, consisting of six members and planned to debut next May.
Not yet debuted, this group has already attracted a lot of attention from K-pop lovers due to the presence of two former IZ*ONE members, as well as the controversy surrounding its members and the concept of introducing the group to the public.
In addition, HYBE founder and musician behind BTS' success, Bang Si-hyuk, will also be the group's main producer.
The name LE SSERAFIM is said to be an anagram of "I'm Fearless". This name also signifies the members as someone who is full of confidence and strong in the face of anything.
The following is the profile of the six members of LE SSERAFIM, as well as their controversy. 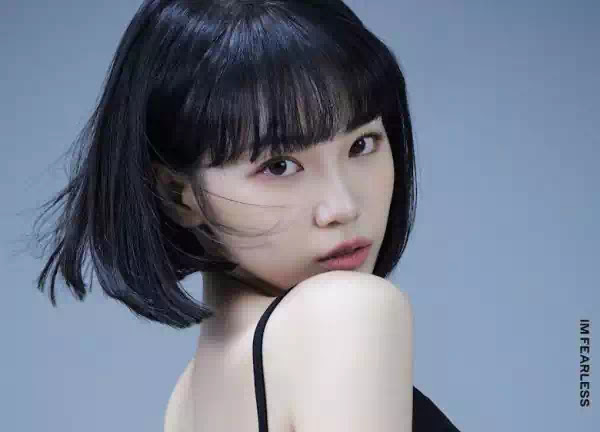 Chaewon is a former member of IZ*ONE who of course is also a contestant in the Produce 48 girl group formation competition, and sits in 10th place. In LE SSERAFIM, she is lined up as a leader, and most likely also a lead vocalist and lead dancer like in IZ*ONE.
Chaewon was born on August 1, 2000 (21 years old). Her mother is a theater actress Lee Ran-hee. She is 163 cm tall, and previously attended Hanlim Multi Art School which is also a place to study for many K-pop idols.
Chaewon's hobbies are watching movies and choreography videos, watching mukbang videos, and listening to ballads.
Read more about Kim Chaewon 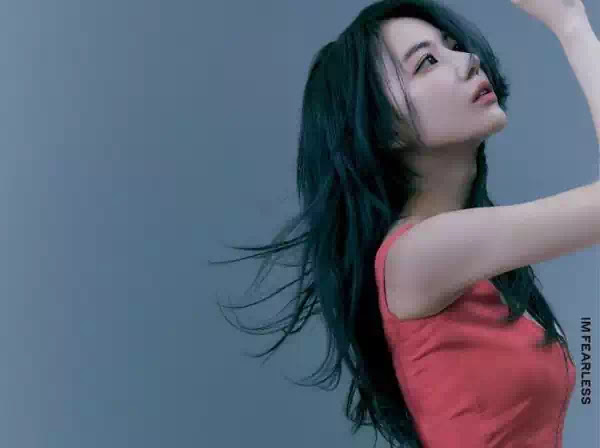 This Japanese member has also joined IZ * ONE. She is also in the same class as Chaewon in Produce 48 and is in second place. His height is the same as Chaewon, which is 163 cm.
Sakura was born on March 19, 1998 (24 years old). While with IZ*ONE, she became a sub-vocalist, sub-rapper, and visual. However, his position in this new group has not been confirmed.
Sakura has been a celebrity since childhood, and has also joined the Japanese girl group HKT48. In 2010, she studied on Broadway, New York.
Another interesting fact about Sakura is that she is an INFP MBTI, she has a cat, and loves to watch movies. She also once said his favorite group is Red Velvet and his bias is Irene.
Read more about Miyawaki Sakura 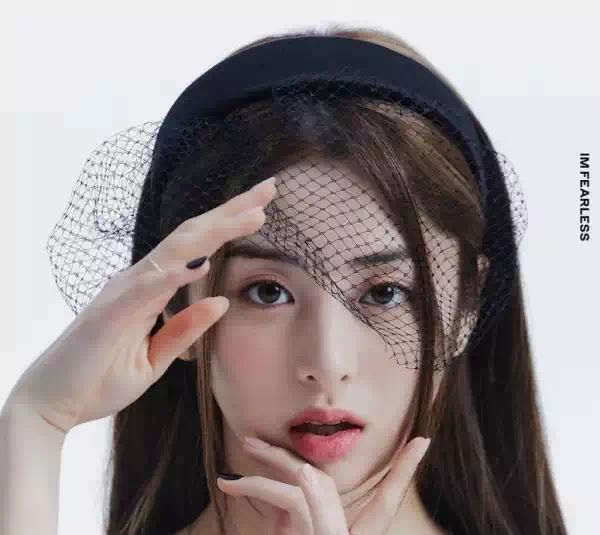 Yunjin was also a Produce 48 contestant, but was not included as a member of IZ*ONE because she ended up in 26th place. Just like Chaewon, she also attended Hanlim Multi Art School.
Yunjin was born in Gangnam, Korea, on October 8, 2021 (20 years old). But she grew up in the United States, and has the English name Jennifer Huh. She has trained as an opera singer, can also play guitar and ukulele.
Yunjin has a towering height, up to 172 cm. She likes to eat and paint. Another fact is that she was once a trainee at Pledis Entertainment.
Read more about Huh Yunjin 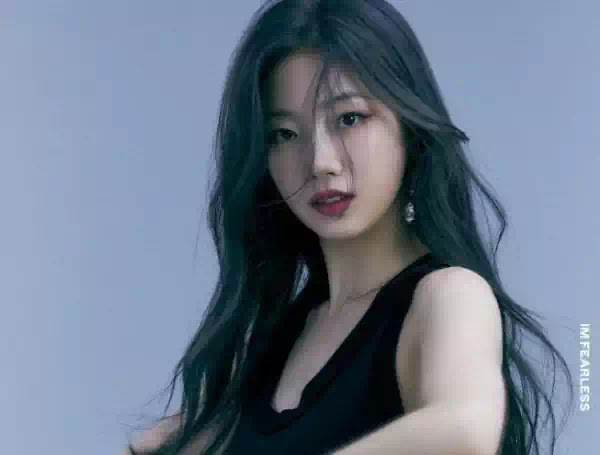 Kazuha is from Japan, and is positioned as the visual of the group. She was born on August 9, 2003 (18 years). Its height reaches 174 cm, aka the highest in this group.
He grew up in Osaka, Japan. This idol also studied ballet at Hashimoto Sachiyo Ballet School & Jr. In 2020, she also continued his ballet studies in the Netherlands, which led to him being recruited by Source Music in 2021. Although she had lived in the country, she did not speak Dutch.
Kazuha once won a silver medal in the 2018 Asian Grand Prix Competition - Junior's Division.
Read more about Nakamura Kazuha 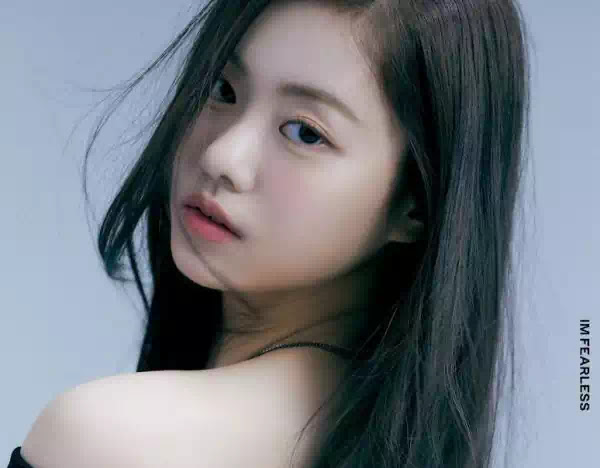 Garam was born on November 16, 2005 (16 years old). Its height reaches 170 cm. He attended Seoul Performing Arts High School taking theater and film studies.
As per his studies, Garam originally wanted to be an actress. She has appeared in the ENHYPEN music video entitled Drunk-Dazed. This group is also under HYBE.
Read more about Kim Garam 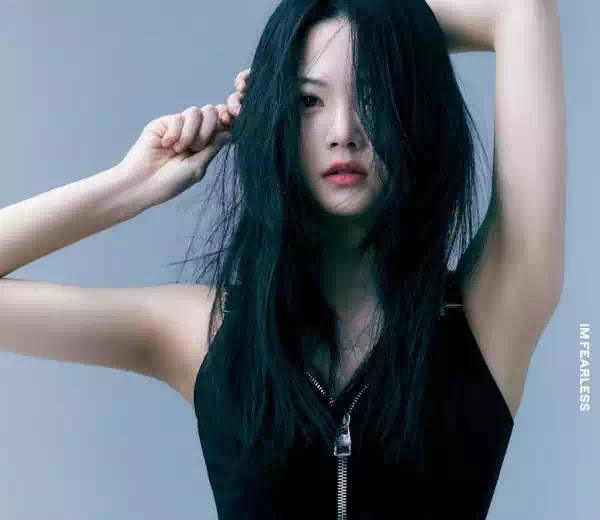 Eunchae is the group's maknae who was born on November 10, 2006, which means she is only 15 years old. Even so, she is the second tallest member with Yunjin, which is 172 cm.
Eunchae has been a trainee at Source Music since January 2021. She attended Def Dance School and is currently studying at Incheon Popular Arts High School.
Eunchae has reportedly auditioned at JYP Entertainment and Pledis Entertainment. She is also friends with Bahiyyih Kep1er and Haruna from Billie's group.
Read more about Hong Eun Chae

The first was when Kim Garam was accused of being the perpetrator of bullying from a number of netizens on online forums.
Not only that, she is also called smoking at school, which is an illegal act by minors. Photo evidence of him smoking and posing in front of a blackboard with pictures of sexual content also circulated.
Even so, Source Music has denied the allegations of bullying that have been leveled at Garam. In fact, the agency claimed that Garam was actually a victim of bullying.

Apart from Garam's case, videos and photos of group introductions have also become a hot topic of conversation. The first video of LE SSERAFIM as a full group titled Casting Call which was uploaded on the HYBE LABELS YouTube channel was criticized.
The reason is, the video does not show the vocal abilities of the members or others related to music, but instead shows each member posing quite seductively with relatively minimal clothes. Likewise with the second video titled "Fearless" Show which shows their videos like models walking on the catwalk.
Group Photos with Poor Quality
Another controversy is the group photo uploaded on April 10 by HYBE. The photo was considered to have poor quality because the members seemed to be photographed separately and photoshopped. After being heavily criticized, HYBE finally re-uploaded the revised photo.