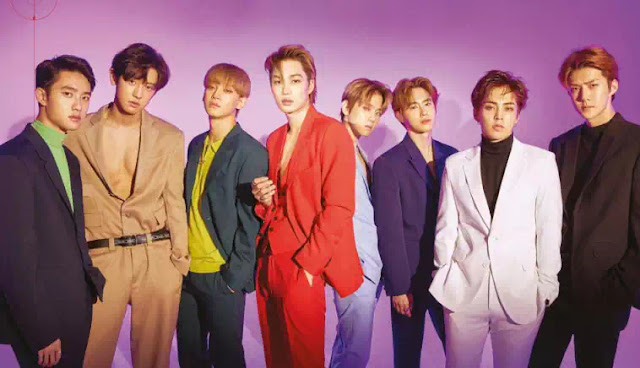 EXO (엑소) is a South Korean boy group that currently has nine members, namely Suho, Baekhyun, Chanyeol, D.O, Kai, Sehun, Xiumin, Lay, and Chen. The members who have left are Kris, Luhan, and Tao. EXO debuted on April 8, 2012 under SM Entertainment. At the beginning of their debut, EXO had two sub-units, namely EXO-K which performed Korean-language music and EXO-M which performed Chinese-language music. 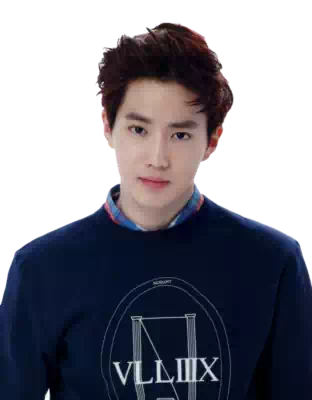 Suho is from Seoul, South Korea.
Family: father, mother, and younger brother (4 years).
Education: Whimoon High School, Korea National University of Arts, Majoring in Acting (2009-2011 later withdrew), Kyung Hee Cyber ​​University (major study of Arts, Majoring in Business Administration).
He dreamed of becoming a singer since he was in elementary school.
Suho joined SM Entertainment in 2006 through street casting.
When he was a trainee, he and SHINee's Minho traveled to China for a month to learn Mandarin 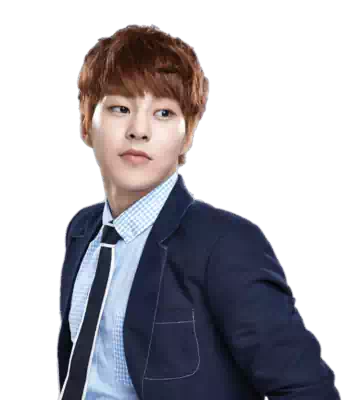 Xiumin was born in Guri, Gyeonggi, South Korea.
Xiumin has one younger sister whose identity he is protecting with all his might, because his mother asked him to keep it a secret.
Education: Kwandong Catholic University
One of the members from Korea in the sub-unit EXO-M.
Also part of the sub-unit EXO-CBX along with Baekhyun and Chen.
Xiumin appeared in the 11th and 23rd EXO teasers. 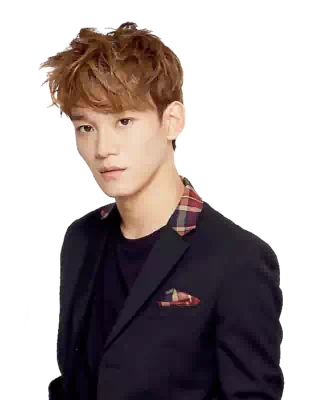 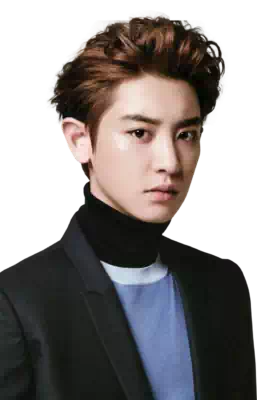 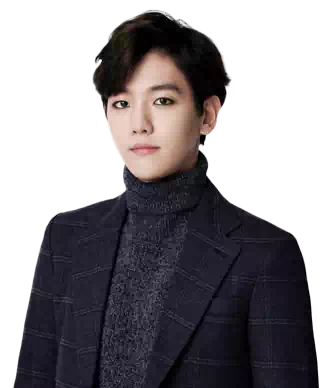 Baekhyun was born in Bucheon, Gyeonggi Province, South Korea.
He has an older brother.
Education: Jungwon High School; Kyung Hee Cyber ​​University
Personality: He has a strong and charismatic voice, but off stage, he is very carefree, cheerful and childish.
His popular nickname is “Bacon”.
Baekhyun wanted to be a singer since 4th grade and told all his friends that he would become a celebrity when he grows up. 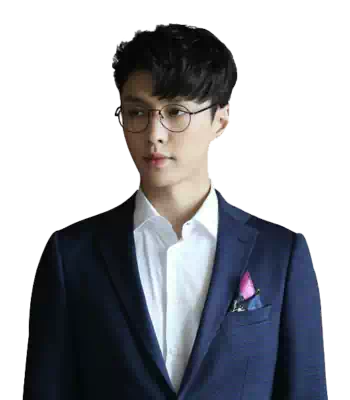 Lay was born in Changsha, Hunan, China.
Family: Grandparents Lay lived with them as a child.
Education: Hunan Normal University High School
Used to be a child star in China, and appeared on various variety shows.
In 2015, won the 3rd place of TV Star Academy (Hunan Economics TV show).
In 2008, Lay was cast at SM Entertainment through one of their global auditions. 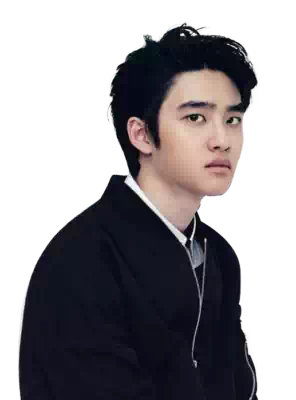 D.O was born in Goyang, Gyeonggi Province, South Korea
He is the youngest child in his family
Education: Baekseok High School
Previously he was popular with the nickname ullzang (best face).
He officially joined SM Entertainment in 2010 after winning a singing contest
His parents are very supportive of his singing career 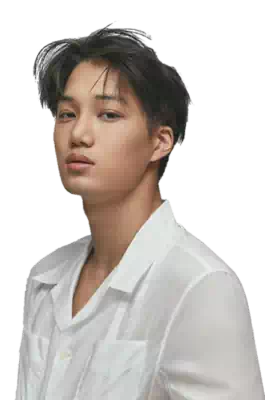 Kai was born in Seoul, South Korea.
Family: Father, Mother and 2 older sisters (9 years and 5 years older)
Education: Seoul Arts High School
He joined SM Entertainment after winning the Youth Best Contest in 2007.
He was the first member of EXO-K to be introduced.
He appeared in EXO's 13th teaser before the group finally debuted. 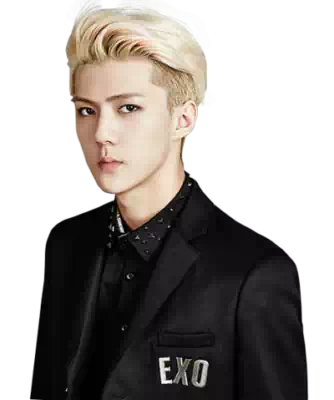 Sehun was born in Seoul, South Korea.
Family: Father, mother, older brother (3 years older)
Education: Seoul Arts High School
He was scouted on the streets when he was only 12 years old.
He's a former ulzzang.
He joined S.M. Entertainment in 2008 after going through 4 auditions in 2 years. 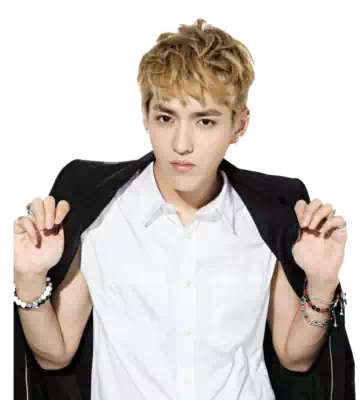 Kris Wu was born in Guangzhou, Guangdong, China
Kris' real name is Li Jiaheng and his name was changed to Wu Yifan due to personal reasons.
His parents separated when he was a baby and he had never met his biological father. He had no interest in being in touch with his father.
At the age of 10, with his mother, he moved to Vancouver, British Columbia, Canada.
At the age of 18, Wu auditioned for the S.M. Global Audition. Entertainment in Canada.
After passing the audition, in January 2008, he moved to South Korea and became a trainee at SM Entertainment. 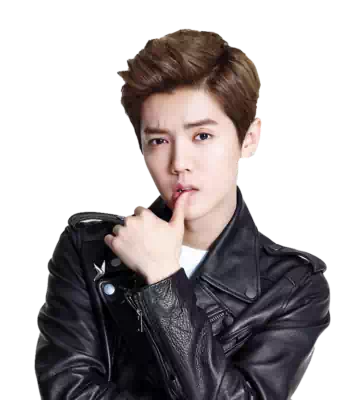 Luhan was born in Haidian District, Beijing, China.
Nicknames: Xiao Lu (little deer), Lulu, Cute Little Prince and Marilyn Monroe (he doesn't like this nickname).
He graduated from Beijing Shida Middle School.
He then entered the Beijing Shi Yan Haidian School of Foreign Languages.
Then he entered Yonsei University, in South Korea, as an exchange student.
He majored in Applied Music at the Seoul Institute of the Arts, South Korea. 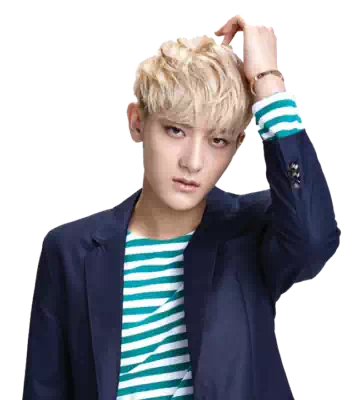 Tao was born in Qingdao, Shandong, China.
His nicknames are Peach and Kung Fu Panda.
As a child, he took Wushu (martial arts) lessons.
According to his teacher, during middle school Tao was a shy student.
He likes blue, Western food, basketball and black cats.
His favorite music genres are hip hop and R&B
Who is your favorite EXO member? Share with us in the comment bellow.